Lough Sheelin (from Irish: Loch Síodh Linn meaning "lake of the fairy pool") is a limestone freshwater lough (lake) in Ireland located in County Westmeath, County Meath and County Cavan near the village of Finea and the town of Granard County Longford.

Some people would say that Sheelin is the best trout lough in Ireland, some might say it is the best anywhere, the statistics tend to bear this out. In a recent study the lough, which is only 4 miles long and 1 mile wide (4654 acres), was found to hold over 100,000 fish over 8 inches of which 40,000 were between 2 and 4lbs. Now that is phenomenal. The average for the lough is 3lbs with fish up to double figures taken every year.

What makes Sheelin so productive? As with many of the famous loughs, Sheelin lies on limestone giving the water a high Ph. Alkaline water ensures fertility which means everything grows fast, there being so much to eat that the lough sustains a fish population way above what its size would suggest. The lough doesn't just hold trout, there are substantial pike and a large population of coarse fish which becomes important to the trout angler later in the season. Off course there is the fly population which is plentiful making Sheelin a top dry fly venue, then there is the Mayfly which brings the lough to the boil.

After coming through some very dark times in the past, Lough Sheelin is now again one of the top brown trout fisheries in the world. This is due mainly to the work of the Inland Fisheries Ireland along with the work of The Lough Sheelin Trout Protection Association combined with the steady growth of more anglers practising "a catch and release policy" within recreational fishing, not just on Sheelin but on all fisheries as a method of conservation. 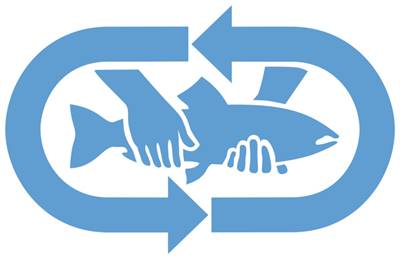 Over recent years there has been an emphasis on the development catch and release practices to increase the likelihood that released fish will survive. Effective catch and release fishing techniques avoid excessive fish fighting and handling times, avoid damage to fish skin, scale and slime layers by nets, dry hands and dry surfaces (that leave fish vulnerable to fungal skin infections), and avoid damage to throat ligaments and gills by poor handling techniques. It is also important to use a type of net that is not abrasive to the fish (such as a rubber coated net or lightweight mesh), because fish can easily damage themselves in a hard plastic-style net while thrashing

After our recent meetings with the IFI it has become very clear that the funds available to protect Lough Sheelin are becoming ever more squeezed. As a club we are going to have to invest more of our own funds into trying to prevent the rapid decline Lough Sheelin will suffer if we let this happen. We are trying to find ways of fund raising and trying to grow our membership base whilst trying to keep our annual subscription low at 30 Euro.

We have now brought out a new fleece which we are selling at 25 Euro cash or 35 Euro posted. We hope this will add to the coffers and also have the added benefit of promoting the club. Should you like to purchase a fleece you can use the PayPal donate button, enter the amount 35 Euro and I will email you requesting the size and postal address. Alternatively the fleeces will be available from Thomas or myself.

Another incentive to increase our club membership was to issue every member with a boat decal, free of charge, we are hoping anglers will stick these decals on their boats to support the work we all as a club are doing.

Should you have any questions please don't be afraid to drop me an email at loughsheelintroutprotectionassociation@hotmail.com
Or get in touch via our contact page
Again thank you everyone for your continued support. 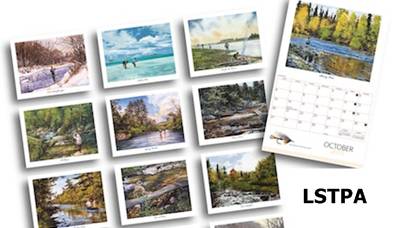 March
March signals the start of the fishing on sheelin, during this month fishing can be enjoyed in isolated areas of the lake. Given favourable conditions the trout can feed hard on fry and shrimps and some quite large trout can be caught. Whether you are a beginner or an experienced angler, our guides will ensure you get ample opportunities to catch these fish.

April and May
These are probably the two most popular months on the fishing calendar. April signals the start of the olive and buzzer fishing. These sturdy little flies are a pleasure to fish whether wet in small sizes or dry on top of the water to many free rising fish. May and the Lough is alive with the largest mayfly hatch in Ireland There is nothing as exciting as chasing a large wild trout with a dry mayfly imitation. The last week of May see's the murrough appear and huge fish can be caught, we fish till after midnight for these monster fish.

June and July
The first two weeks of June are regarded as the best for the spent gnat fishing depending on weather conditions Many people think that these two months are most difficult, how wrong can they be? Some mornings the lough experiences a magnificent hatch of caenis. This type of fishing is difficult, needs patience but is hugely rewarding. From mid June on, the lake gets good hatches of sedges and if conditions are favourable great fishing can be had.

August and September
In August time is spent sedge fishing, usually with dry fly. During this month the daphnia appear and a lot of trout move to deeper water to feed on this plankton-like organism. Pulling wet flies through these large scholes of fish can be most exciting where two or three fish on at the same time is not unusual. The back end is a noted time for catching large trout as they feed hard for the long winter ahead


The stream enhancement programme that has been carried out over the last fifteen years is now paying dividends, with funds raised from a number of annual events being invested back into the rehabilitation and enhancement of the rivers within the Lough Sheelin catchment area. We are now reaping the rewards with more and more juvenile fish showing up in the lough year after year. If things continue the way they are going the future is looking bright for Lough Sheelin 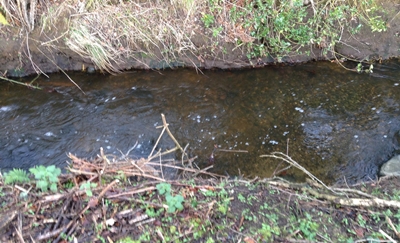 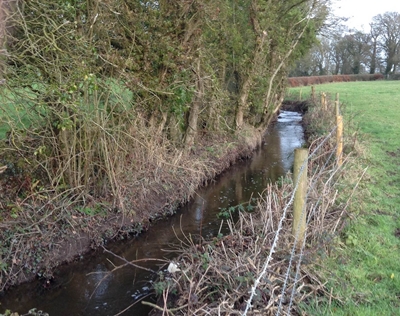 August Update :- Work has now started on the Crover River

Angling Rules
(i) Anglers can only fish one rod per angler.
(ii) Rods must not be left unattended.
(iii) All under sized fish must be returned to the water with as little injury as possible.
(iv) The Management reserve the right to refuse and revoke a permit to anyone violating, these regulations or acting in a manner detrimental to the fishery, fishing or the surrounding countryside.
(v) Anglers who are found to have acted in an 'unsporting manner' may have their permit revoked

Some of the maintence and fencing work carried out on behalf of the L.S.T.P.A on the Half Carton River in September and October 2015. The Half Carton is a vitally important spawning river which is one of the main spawning rivers that feed Lough Sheelin. This work would not be possible if it were not for the Club subscriptions, donations and competitions. Please Support the Lough Sheelin Trout Protection Association. The subscription is only 30 euro and we have a lot of work to do yet!!! 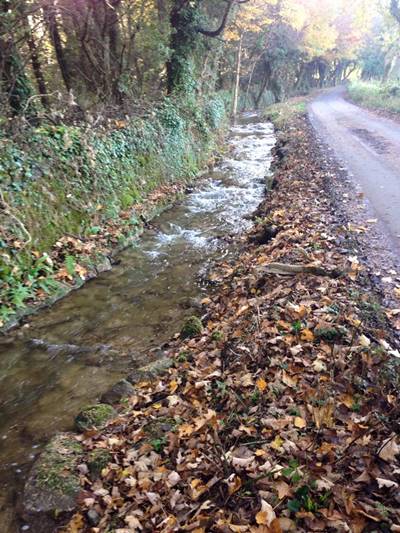 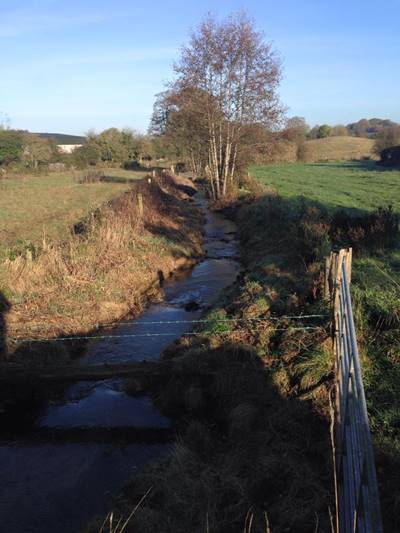 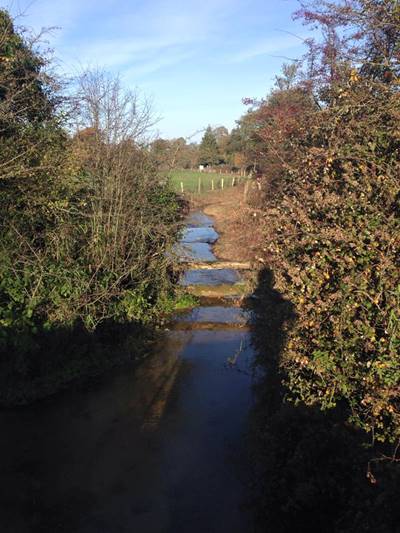 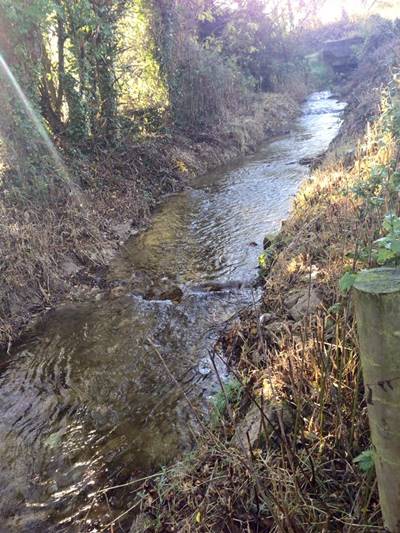 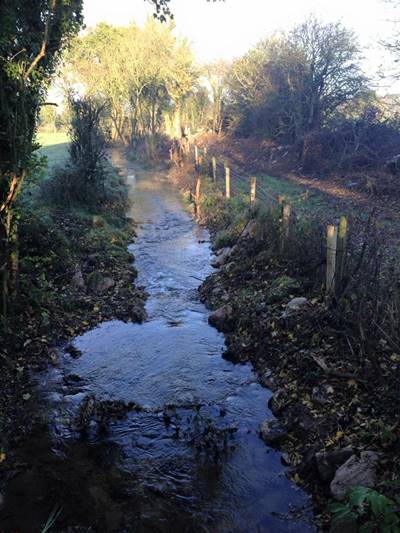 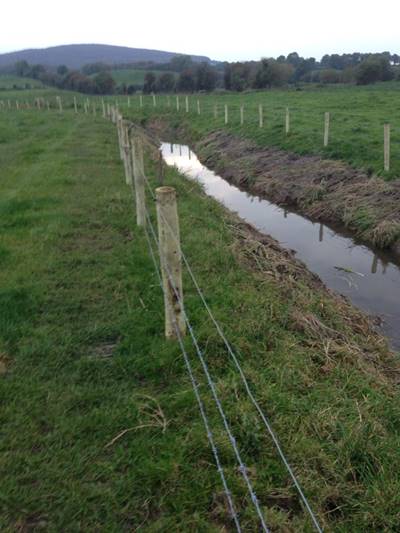