What we are about

To date the L.S.T.P.A have procured and funded over 450,000 EUROS with the help of fund raising and grant aid, every single penny has been put into trying to repair the damage caused by years of negelect, pollution and the enormous task of trying to Rehabilitate the streams which are the life blood of the lake. The lake has been brought from near total annilation to one of the Top Premier Wild Brown Trout lakes in the world, and this would be totally impossible if it werent for the donations and club memberships people pay. Memberships are only 40 euro and are available to everyone. Please Please support us in trying to Maintain Lough Sheelin as one of the top dry fly lakes in the world. 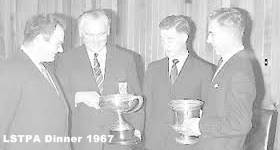 The association was made up of property owners living in the vicinity of the lake, professionals working there and boatmen providing services to anglers. One of the early functions of the association was to negotiate with the boatmen towards reaching an agreed fee annually for boating anglers on the lake. An early letter from the boatmen’s association sought a daily fee of ten shillings for provision of a boat and two boatmen, or if one boatman, seven and six.

The association was funded by contribution from the members, occasional draws and concerts and an annual grant from the ministry of agriculture at the time. Some of the items appearing in the minutes of the meetings of the association were :-
Reports from water keepers about river patrols, about poachers and obstructions in the river.
The posting of notices in local hotels and lodging houses in Ballyjamesduff, Granard, and Finea.
Fixing of membership fees ten shillings per year


Correspondence with midlands Great Western Company, the Cavan-Leitrim railway company and the Great Northern railway company seeking excursion rates for anglers travelling to and from the lake.
Letter to Shannon Board of Conservators seeking approval to net Pike and Perch under same conditions as former years.
Letter from department of Agriculture seeking information if number of Ova was similar to previous years, 25000.
Use of cottage at Cavancoulter for head keeper and that head keeper be appointed at a wage of twenty five shillings per week.
A decision made in 1911 not to stock Salmon in the lake.
A later decision to build trout hatchery and also to purchase young fish from Inishannon for stocking.

So matters proceeded until 1915 when the committee of the association was stood down because of the exodus to take part in World War I. Matters remained in the hands of a caretaker until a meeting was called on 22nd January 1920 to consider either disbanding the association or renewing it. The meeting decided to renew the association and protection work resumed. At their meeting on the 4th April 1932 a decision was taken to contact similar associations throughout Ireland to promulgate the idea of setting up an all-Ireland federation of anglers. An all-Ireland federation was set up shortly afterwards to be followed by a twenty six county federation some time later.

Meetings of the association were held in some unusual locations. Apart from the reorganisation meeting, which was held in the Shelbourne Hotel in Dublin on the 22nd January 1920, several meetings were held on Church Island and also in the courthouse in Oldcastle. In the late 1930’s a debate was taking place around the use boat engines on the lake. In the end it was agreed to allow engines except for a few shallow bays. At around this time, the E.S.B. has become the owners of all the waters of the Shannon and the tributaries flowing into it. At the A.G.M. on Church Island on 19th May 1940 it was announced that the E.S.B. had appointed the L.S.T.P.A. as their agent for the development and protection of Lough Sheelin.

Under this agreement the L.S.T.P.A. were also authorised to prevent illegal fishing and to set up a scale of charges for fishing, if such was deemed necessary. Later this agency agreement was formalised into a legal document and signed by both parties of the 28th January 1948.

The aforementioned Angling Federation was busy in these years lobbying for a national fishery development organisation. Their efforts were rewarded when the Inland Fisheries Trust was set up in 1951 as a Company Limited by Guarantee to be run by a council of elected members and representatives of the minister for Agriculture and Fisheries. Their initial grant from the ministry was £4900. The Lough Sheelin Association was an early applicant for help from the new body and a special meeting held in Oldcastle courthouse on 24th September 1951 attended by Dr. Michael Kennedy, manager and chief scientist of the trust. A vote was taken authorising the management of the L.S.T.P.A. to link up with the trust. This vote was unanimous.

The late Moss Leggett and staff started work on Sheelin in 1952 and then commenced a 25 year period of great progress. More accommodation became available and visiting anglers came from all over the world to avail of wonderful dry fly fishing for a quality of brown trout unknown elsewhere. In the middle 1970’s it was evident that enormous changes were taking place in the lake. The insect life was the first indicator that all was not well. Although it took some years to assemble the facts and establish the causes of the problem, it was concluded beyond any shadow of doubt that Sheelin had fallen victim of a condition known as eutrophication, i.e. it had become over fertilised with Phosphates from both agricultural and urban sources. Proving the causes and getting anything really effective done about it was akin to squeezing blood from a stone.

After a 30 year’s campaign we have not yet arrived at a situation where we can say that the lake has been saved. The story of the campaign to save Sheelin has been told elsewhere and we do not propose to repeat it at this time. Suffice to say that Ireland owes the people of the Association and their leaders a great debt of gratitude for their attempts to save this wonderful natural resource.

At this time, the fight still goes on to remedy the situation             Author Sean Young 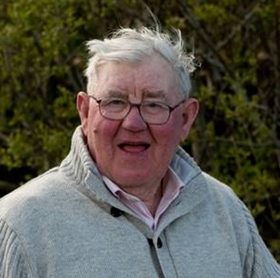 
Fishing through the ages
a timeless pursuit. 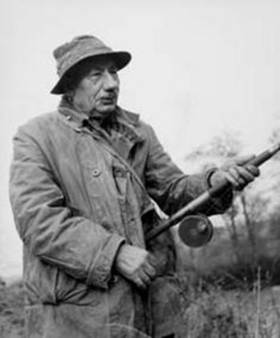 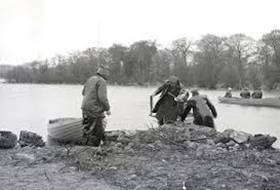 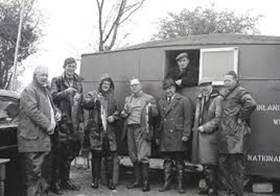